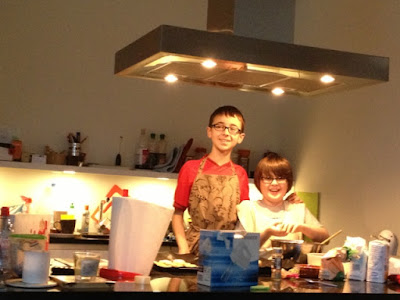 It's Jude's go to take treats to 'Books and Brownies' club tomorrow so Isaac and Jude took to the kitchen to make Isaac's famous ginger and lemon cookies.
Good bake boys. Not sure which of you is Mary though...
I also smiled as I saw them standing next to each other. Reminded me of towering above Julie when I grew very quickly and left my 'wee sister' behind. 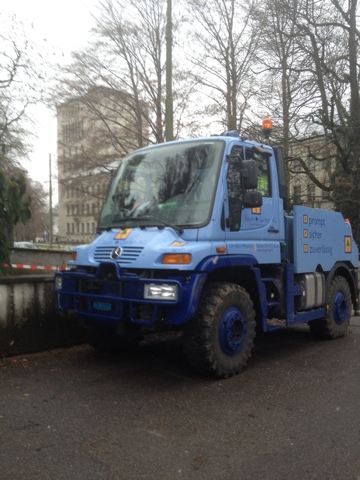 And a sweet little blue truck they looked as if it should be in CBeebies came to destroy the stump of the tree that was felled yesterday.

Other things that made me smile today
When we questioned who exactly had been asked to name football managers of Liverpool, Arsenal, Man City, Chelsea on Pointless today, Isaac suggested the people of Essex. "I don't want to insult the m but they're not well known for their intelligence!"
John bought me a little black gift :0)
A very slippery run with Julie and Sharon this morning!
The relief when I realized that the world wasn't ending at about 130 today - it was just the yearly Sirentest. Phew!
England won a football match. Isaac said, as Joe Hart saved a penalty, 'Oh, so he's having a GOOD night tonight is he? He's either very good or very bad. My son is very astute!

Smile in other languages
In Macedonian - насмевнам