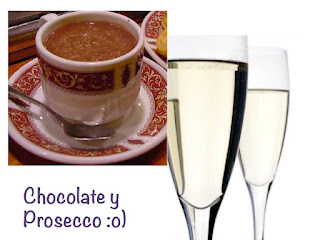 I have had a bucket load of smiles today with two parties - but I failed to take photographs at either which is really not acceptable is it? So I made one ;o) Chatting - in various languages, singing, dancing, eating and drinking - and all with good friends. 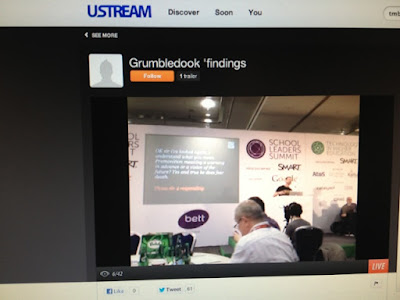 Thank you to Tony aka @grumbledook for streaming (part of) TeachmeetBETT - following on Twitter is great but better to see people too!

Things I heard that made me smile today
A Twitter conversation that decided I was probably the loudest of the #mfltwitterati - but 'loudness but a very lovely one' according to @apamurg ;o)
My loudness being nothing to compete with Efrat and Caro this afternoon when the party could be heard five floors away!
Two parties in one day -
Chocolate caliente a las diez
Prosecco a mediodía.
A text from my friend - "If only I had a Smiles blog...EM and J playing Just Dance with Who let the Dogs out. J wants extra points for scratching!" J = Jude!
Being missed at TMBett2013 - even if it was predominantly for my cupcakes!