Glatt has gone Dutch! A huge windmills, bicycles hanging from the ceiling and a canal in the middle of the shopping mall. Very spring-like and pretty, and enough to make you smile on a grey drizzly day.

Another short post as my hand is still sore which isn't stopping me from smiling, just from typing! 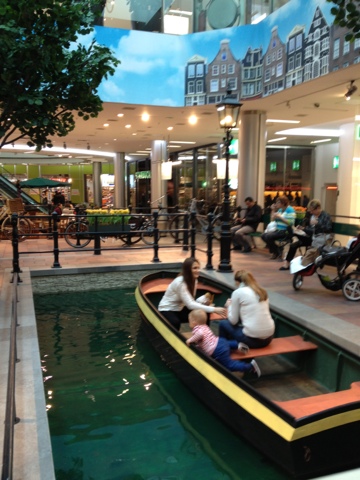 Guffaws of laughter at James May and co in Manlab on BBC2. Special mention to Rory his sidekick who had us weeping with his winetasting and Papa Smurf du Pape!

Same plea as yesterday - if you know how to say "smile" in any other languages, please let me know as I've now run out of ideas! I'd really like to get to the end of March before changing tack so need just 3 more!!
Posted by lisibo at 22:22