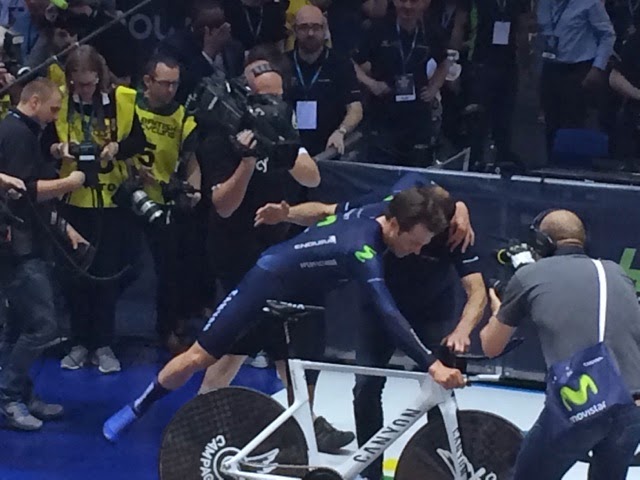 What a day! I have a sore throat and a tiny voice left but it's worth it.

Alex Dowsett broke the UCI World Hour Record this afternoon and I yelled him around every one of the 212 laps, much to the embarrassment of Isaac and Jude who made a deal that they only had to sit next to me for 20 minutes each and that their Dad had to do the last 20 minutes "because she'll be completely out of control by then."
I love cycling and would have been happy to go and see any cycling event. But this was special because Alex Dowsett wasn't doing it simply for personal glory but to make a point and set an example, and that mattered to me.
Alex has haemophilia meaning that his blood lacks a crucial factor that makes it clot. John's work has been haemophilia related for 20 years, first as a paediatric haemophilia nurse and then for pharmaceutical companies, and from this I've learnt a lot about it. Alex's attempt was in support of his charity, Little Bleeders, and The Haemophilia Society both of which support haemophiliacs and their families. And his message was to get out there and try something because if you try you might fail but then again you might just succeed. But if you don't try you'll always fail.
So it made me smile when he broke the record, and when he said 'today's a day I'll never forget' I agreed with him! 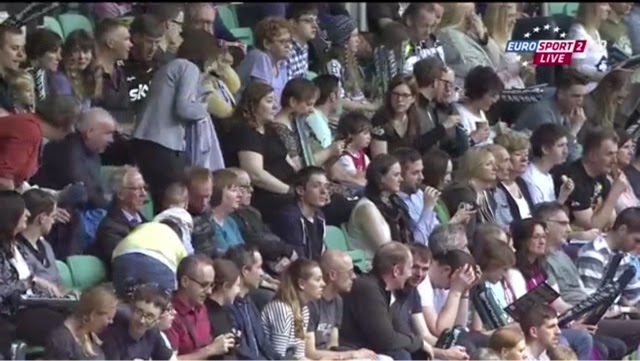