A loooong day but a good one. Lots of marbles awarded and only 1 lost - an achievement for a Wednesday afternoon! I even had groans from some when I told them it was time to pack away, and that's not usual!

I had a laugh as I played pied piper to an assortment of children who needed picking up; I seemed to gather more as I walked along, starting with 4, losing 2 then ending up with 6 by the time we reached our destination. I'll take my recorder next week!
And we all ending up in hysterics in Isaac's room earlier whilst he was trying hard to do his homework; can't remember why we were there and what was so funny but I remember the laughing!

Six years ago today I posted this picture with the caption 'I'm surrounded my lazy men!'
Times have changed! Have to say that none of us have been on the WiiFit for ages but John cycles, Isaac cycles and rows and Jude goes to his spinning / exercise class every week as well as Boys Brigade so they're not so bad! 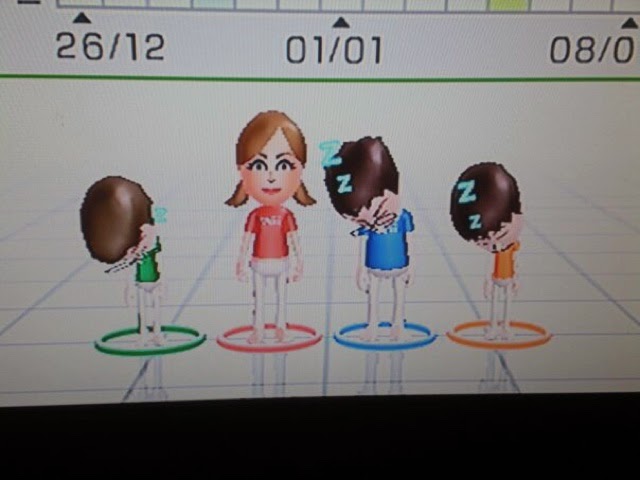