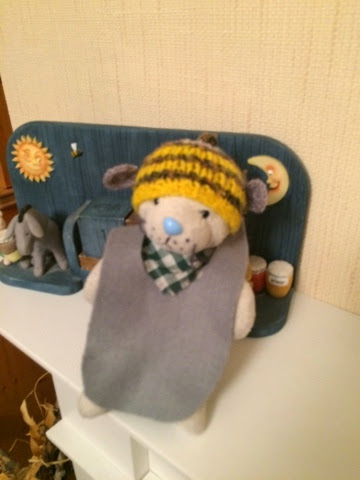 I decided to tackle Cardiac Hill today on my run. Seemed a good idea at the time as I wanted to go in the park and needed to be out by 4 as it would be getting too dark by then. Unfortunately the wind was in my face much of the way and it was hard work. Just about to lose the ability to breath, I looked up and a pony appeared ahead of me, wandering across the road. As I got closer, his friend was munching nearby. The wild ponies that live in the park are very shy and I've never seen them there before so it was quite a surprise, but a pleasant one. Unfortunately I didn't have my 'phone with me so no picture but I took one in my head!
Other smiles today:
finding various small cuddly creatures hidden around the house.
becoming riveted by the darts final - never thought that would happen!
the smell of clean washing.

And finally incredulity at this snippet of Fox News - https://www.youtube.com/watch?v=hwq8Bwr9wUg - turned to amusement at the hashtag #FoxNewsFacts on Twitter as people came up with other preposterous facts that Fox News may(or may not) have broadcast!
Posted by lisibo at 22:59