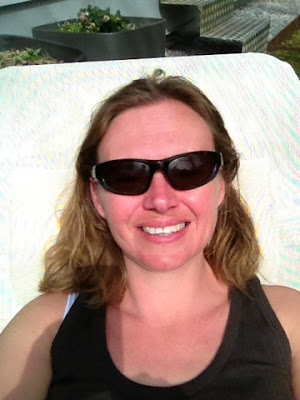 Sechseläuten meant John had a day off so we went to the Thermalbad in Zürich as I had a voucher from my run last week. In an old brewery, the highlight for me was the rooftop pool. Freaked me out a bit thanks to my vertigo but I got used to it in the end, and it was such a beautiful day! Unfortunately no photos as you weren't allowed to take your camera/phone inside but if you look at the website you can see! 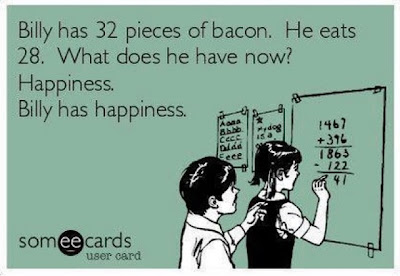 And for Jude who is rather partial to a bacon butty!

Other things that made me smile
Lunch in Tibits with John.
Zumba rehearsal - nearly disappearing down a crack that opened in the stage was particularly funny!
The penultimate episode of Broadchurch - why has it taken them this long to think of looking at Tom's computer, and only when the vicar gave it to them? And what about his phone? It's been weeks!
And, in all the drama and carnage and sadness of events at the Boston Marathon, I smiled as I read of all the people offering their homes to stranded runners, of those who kept running to the hospital to give blood, of those who helped the injured when they themselves were injured. There are horrid people in this world but there are good people too who won't be defeated by thuggery and violence.

Say cheese in other languages
In Catalan, to make people smile, they say Lluis!