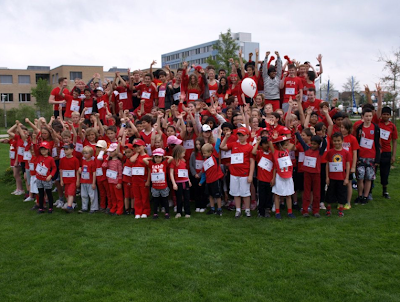 The ISW Red Run was this morning and there were lots of reasons to smile.

The whole school together dressed in red.
The race went off without a hitch.
It wasn't too hot or too cold - and it didn't rain!
The BBQ was ready in time.
There was plenty of cheering!
Lots of money raised for the Red Cross in Switzerland. 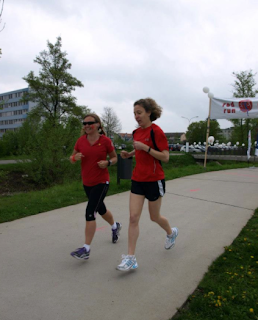 Several Mums ran, and Julie (PA President - I must bow!) and I managed 16 or 17 laps - the most anyone did was 20 - in an hour so we were pleased! We were pretty pleased when we finished, though we immediately switched to 'feed the kids' mode and took our place at the BBQ table! And I became The Doughnut Police, making sure that each child only had one doughnut (numbers were tight!) Chocolate, caramel, vanilla, raspberry and just-sprinklens-no-filling? 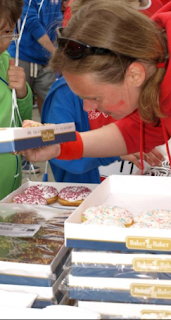 Say cheese in other languages
You could just tell someone Lächeln in German to get them to smile... 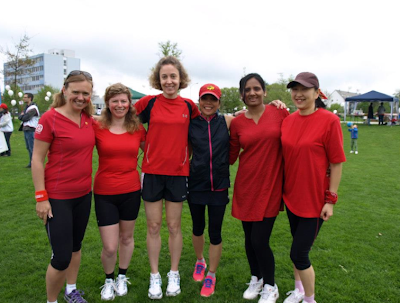