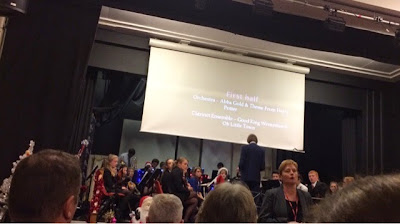 Music concert and muffins made me smile today. I am bruised from being a French hen as the one next to me (aka John) had very bony wings and flapped too close to me but it was fun, and great to see David again. And Jude was rather annoyed by some idiot deciding to grab one of his muffins before he left school and causing a lot of crumbling but they were delicious. 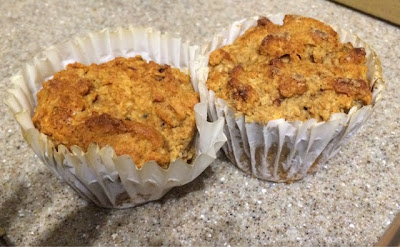 And finally, Y4 listened to the story of Aladdin in Spanish this morning then had to write their own three wishes. Some of them were so heartfelt that it made me well up. And smile too as it shows that as much as we may doubt it sometimes, kids aren't all me, me, me.
Posted by lisibo at 22:35